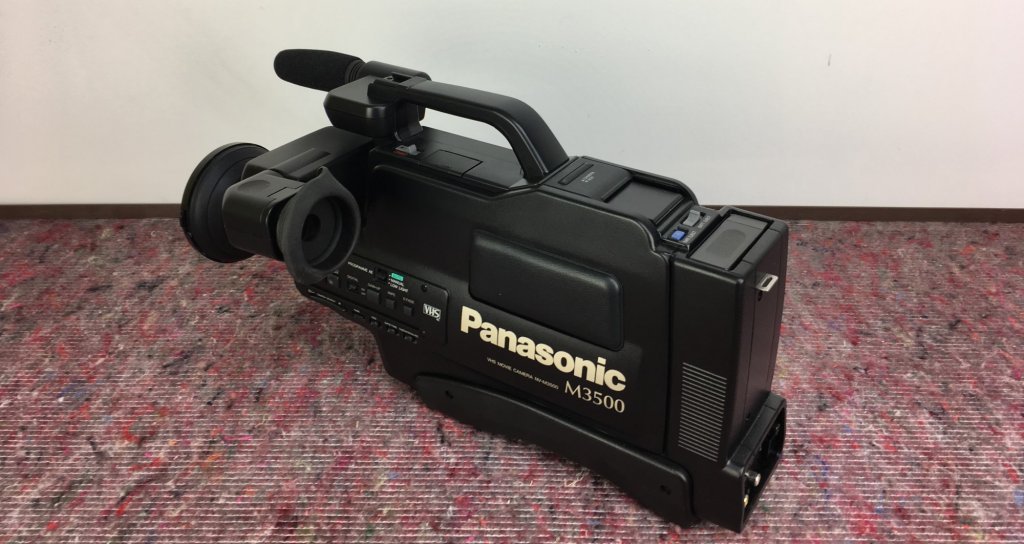 Back
Love in the 90s - videomaking then and now
Sector: Thought leadership
Production

I was first introduced to the world of video in the early 1990s via a somewhat relaxed Media Studies A Level course in Devon. To a soundtrack of The Wonder Stuff and Ride, my buddies and I lugged cameras around the streets of Exeter in pursuit of both visual poetry and the interest of girls (there was only limited success in each category).

These cameras were huge, roughly the same size as a Mini Metro (a slight exaggeration); they recorded onto actual VHS cassettes and because they were used by dozens of ham-fisted teenagers, they were bashed and cracked and often the zoom rocker button didn’t work. Or only worked in one direction.

But we didn’t care. We improvised dollies out of abandoned shopping trollies; we filmed out of the sunroof of my friend’s MK1 Ford Fiesta; we made stop-motion animations with Lego men and once, long, long before anyone had even thought of drones, we lowered a camera down the exterior of a ten story building on the end of a thick rope and then realised we hadn’t pressed record so had to repeat this most risky of practical special effects.

It was silly. It was serious. It was a creative freedom that I just hadn’t felt before. And I loved every second.

Editing took place via two VHS machines linked by a huge control panel that looked like something nicked from a shonky Doctor Who set (pre-reboot Who clearly) with a panoply of dials and levers. Oh and the smell. Have you ever sat in a hot cupboard for an eight hour stretch with three 17-year-old boy-men? I wouldn’t recommend it.

VHS was in many ways terrible format. Even using a half-decent camera, the picture was grainy and the colours were rendered in a muted, sicky palette. Compared to what’s possible now just with the phone in your pocket, it was the video equivalent of writing on slate or even carving into rock. But at the time, it felt like a revolution.

And when it was time to share our work? Well, we had to gather people around a tv with a VCR and press play. The audience was defined by how many people you could sit down with you to watch.

How things have changed.

Well, yes they have. In so many ways. Smartphones have made filmmakers of us all. In theory at least. Although it doesn’t take much time on social media to realise that simply owning the technology doesn’t mean you can compose a shot or compile an effective edit.

If you need a video (or a podcast) then send us an email, come for a coffee and we’ll see how we can help. No fuss. No bother. No lowering cameras down buildings. Just creative and cost effective.