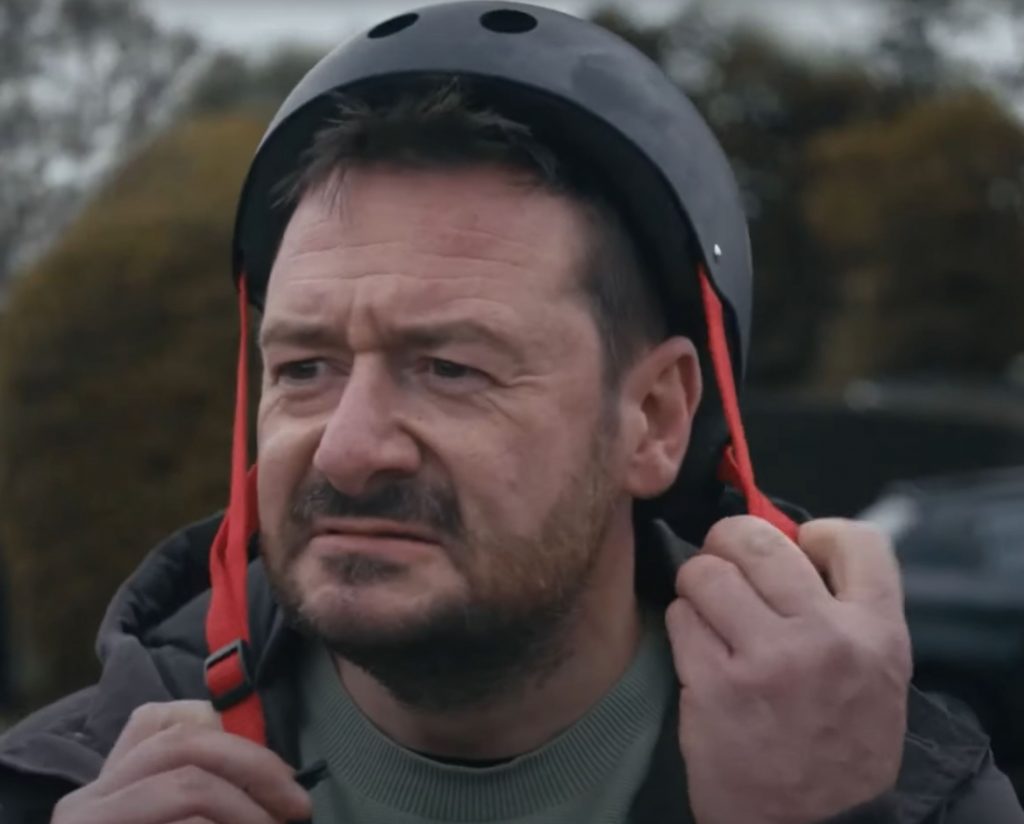 No one knows for sure, but it’s a pretty safe assumption that humanity is the single species on the planet with cerebral function of sufficient complexity to both create and understand metaphor. This is something of a curate’s egg. On the one hand, it allows Shakespeare to put images into the mouth of his characters that still, centuries later, have the power to nod and wink at the human condition in a manner unrivalled:

O, that this too, too solid flesh would melt, thaw and resolve itself into a dew.

And on the other hand, you have the bulging eyes and strained face of Matt Hancock MP crawling through an underwater labyrinth in search of gold stars while a large number of God’s less instagrammable creatures swim menacingly around his torso.

Welcome then friends, to life in late 2022. Aren’t we all just a disgraced MP flailing for fake gold stars in a poor-quality blue t-shirt while nearly drowning? It’s not Hamlet, I’ll give you that. But might it be accurate? That’s the problem with metaphors: once you start seeing them, it’s impossible to stop.

So where do you want to start this week? What’s new in the Age of Wet Hancock?

Well, in contrast to recent weeks, British politics has been soaked in silence. Unless you count the “resignation” of Sir Gavin Williamson from the government. Williamson has now lost a job a Cabinet three times which must be some sort of record (I haven’t checked). But it’s hard to feel a sympathy for a man who sends abusive texts to colleagues and was famous for keeping a tarantula called Cronos on his desk. This is a pub quiz piece of trivia that is now both metaphorical and karmic – the spider coming back to bite him on the. . . . . you’re already ahead of me.

New PM Rishi Sunak (information at time of going to press) was forced to defend his appointment of Williamson in the usual zoo that is Prime Minister’s Questions on Wednesday, a herculean task given his threadbare argument was essentially, “yeah, well, sorry, I mean I don’t approve of people being mean and stuff but I didn’t really think it would come out in the press like this and yeah like I’m a little bit sorry”.

It’s not been a stellar week for Rishi (still PM, I’ve just checked) given he began it with a relatively inconsequential speech at COP27 in Egypt. A lot of hot air that barely nudged the dial on the UK’s response to the climate emergency made all the more underwhelming by the fact that only a week earlier Sunak had claimed that he was too busy to attend COP at all.

COP27 is ongoing and there’ve been a few moments of light illuminating the darkness of our current predicament. But it’s still needle-in-haystack stuff and you do wonder how bad things will need to get (and let’s be honest, things are already pretty dire) before sufficient governments act with sufficient ambition and speed to stave-off the worst metaphor of all: extinction. Will humanity end its days gathered in unbearable heat on the last remaining habitable piece of land while lobbyists from the fossil fuel industry fly in on private jets to make the case that burning carbon is still a viable strategy?

It was the mid-term elections in the US this week and among the usual horse-trading and own-trumpet sounding, there were a few interesting titbits for the politically curious. In short, Trump’s influence over the GOP seems to be waning (we’ll worry about Ron DeSantis some other day) which is a just a lovely thing; Joe Biden’s Democrats performed surprisingly well to the extent that, health-allowing, Biden is likely to run again for president in 2024. If successful, he’ll be a very un-spring-chicken-like 86 when his presidency ends. Which certainly gives hope to some of us – I am essentially a BABY in comparison – but one does wonder if a second term would be a poisoned chalice.

Another gift from the Mid-Terms was the gradual reclaiming of abortion rights following the US Supreme Court’s overturning of Roe vs Wade earlier in the year. In states in which the issue was on the ballot, i.e. thus creating state law to supersede federal law, namely California, Michigan, Vermont and Kentucky, voters chose to reinstate women’s right to choose. There’s a way to go but it does feel a like a healthy step back from Gilead.

Two PR stories that are worth scribbling down in the notepad of your brain. Firstly, KFC in Germany’s appalling gaffe in which a notification was sent to its app inviting customers to celebrate the anniversary of Kristallnacht by buying fried chicken. I’m not going to patronise you by footnoting Kristallnacht, suffice to say that in PR terms, “own goal” doesn’t come close to explaining the damage caused.

The second PR story is one that I write about every November. And no, it’s not my ongoing battle with leaves blocking the drain in the backyard (NOT A METAPHOR) but John Lewis’s release of its Christmas advert. PR brains better than mine might be explain how a single retailer’s annual advert has become a cultural touchstone (I’ve got a half-baked theory about moments of collective worship in a secular society but I’ll expound on this next time we’re in in the pub rather than in the Speed Read) but it has and the amount of coverage each year does not decrease.

This wasn’t going to the year for an all-singing, all-dancing celebration of consumerism with trampolining dogs, fluffy monsters or Elton John given that times are so incredibly tough for so many people. No one wants to be sold a £75 cushion when you can’t afford to put your heating on. But I have to say that John Lewis’ advert 2022 is a bullseye. And yes, there are a few grumbles, the main couple do live in a VERY nice house, but the story of a soon-to-be-foster father learning to skateboard in order to welcome a young girl and her board into his home at Christmas is. . .  well, it’s excellent. It’s absolutely excellent. No metaphors required.

So, to end, music is indeed the food of love as you WELL KNOW, so over to our contemporary curator of cool Mr Shaun Hickman to set the dancefloor alight this Friday afternoon.

Hot tip for 2023. SG Lewis is a writer, artist and producer who specialises in a magic combo of synth pop, house and a dash of funk. This song maintains the fact that some of the best pop music videos feature a wedding.